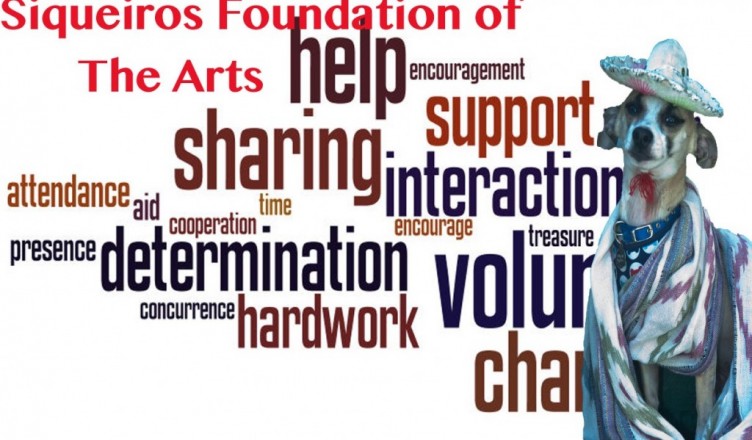 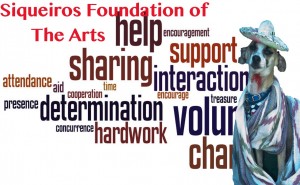 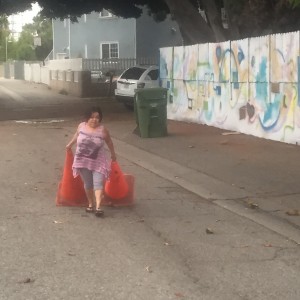 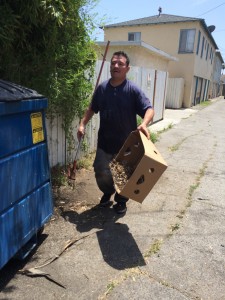 Previously we have participated in  Culver City Arts District clean up in 2014 and 2015, as non-profit organization, Siqueiros Foundation of the Arts is wiling to help in future community clean up  to beautify and bring community together with others.

Sep. 3, 2014 – CULVER CITY, Calif. — Culver City, Calif. – A group of artists including President and Founder Anna Siqueiros of the Siqueiros Foundation and local volunteers representing a cross-section of Culver City and Los Angeles’ residents are expected to take part in this clean up project. Siqueiros Foundation of the Arts estimates several dozens of volunteers will gather on Sunday afternoon from Noon to 4pm to help remove garbage and unwanted debris from Mural Alley behind La Cienega Blvd and Cullen St to prepare for the unveiling of the Memorial plaque to honor and recognize the artists that came together to create the “La voz de La Gente” mural, a 100 foot mural that was created by 25 diverse artists in Summer 2012.

Each year since the making of mural of the La Voz de la Gente was created in Culver City CA Art’s District.  Anna Siqueiros purposely has picked a day, which is also her birthday to celebrate and to join the community. Donating her birthday for this special events is  her gift to her late uncle David Alfaro Siqueiros and to the different communities . Anna believes in contributing to making a better place to bring others together for a common goal of the human spirit and setting an example for children and the future they can embrace and be proud of.

La Voz de la Gente, carries on the philosophy of muralist, David Alfaro Siqueiros. In one day, a multicultural diverse collective of muralists and graffiti artists came together under the direction of Anna E. Siqueiros. Pronouncing a reflective action of collectiveness, unity, and community building in today’s 21st century ethics of street painting in Los Angeles.

The mural “La Voz de la Gente, La Resurrecion de Cuauhtémoc en las Americas: Homenaje a David Alfaro Siqueiros” represents a fusion of the past, present, and future, as an act of praxis in the creation of spaces.

This year, the Community Clean Up in the Culver City Arts District brings the community together at the height of local enthusiasm to revitalize a local urban area and beautify an area that has been long overdue of a visual makeover.

About Siqueiros Foundation of the Arts

In memory of and dedication to International Muralist, David Alfaro Siqueiros, the non-profit organization, The Siqueiros Foundation of the Arts was created to empower creative artists and give opportunity to underprivileged children by providing an avenue to explore and express the arts through community and unity of the Siqueiros Foundation of the Arts. SFOTA advocates for the implementation, acknowledgement, and recognition of artist’s rights in all fields of visual, creative, fine arts, & music, through Education, Public Policy, and Community Participation spearheaded by Anna E. Siqueiros, President and Founder, niece of David Alfaro Siqueiros.